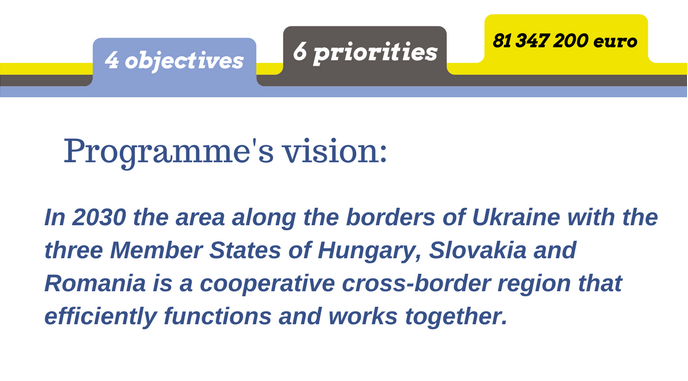 The CBC in the European Neighbourhood extends the principles of Cross Border Cooperation within the EU, which is part of the Interreg programmes, but adapted to the specificities of the EU external cooperation. It contributes to the overall ENI objective of progress towards 'an area of shared prosperity and good neighbourliness' between EU Member States and their neighbours.

The reference document (JOP) for implementation of the Hungary-Slovakia-Romania-Ukraine ENI CBC Programme 2014-2020 was approved by the Commission Implementing Decision no. C(2015) 9180 on 17 December 2015. The Hungary-Slovakia-Romania-Ukraine ENI CBC Programme 2014-2020 receives €74 million of EU funding from the ENI as well as from the European Regional Development Fund.