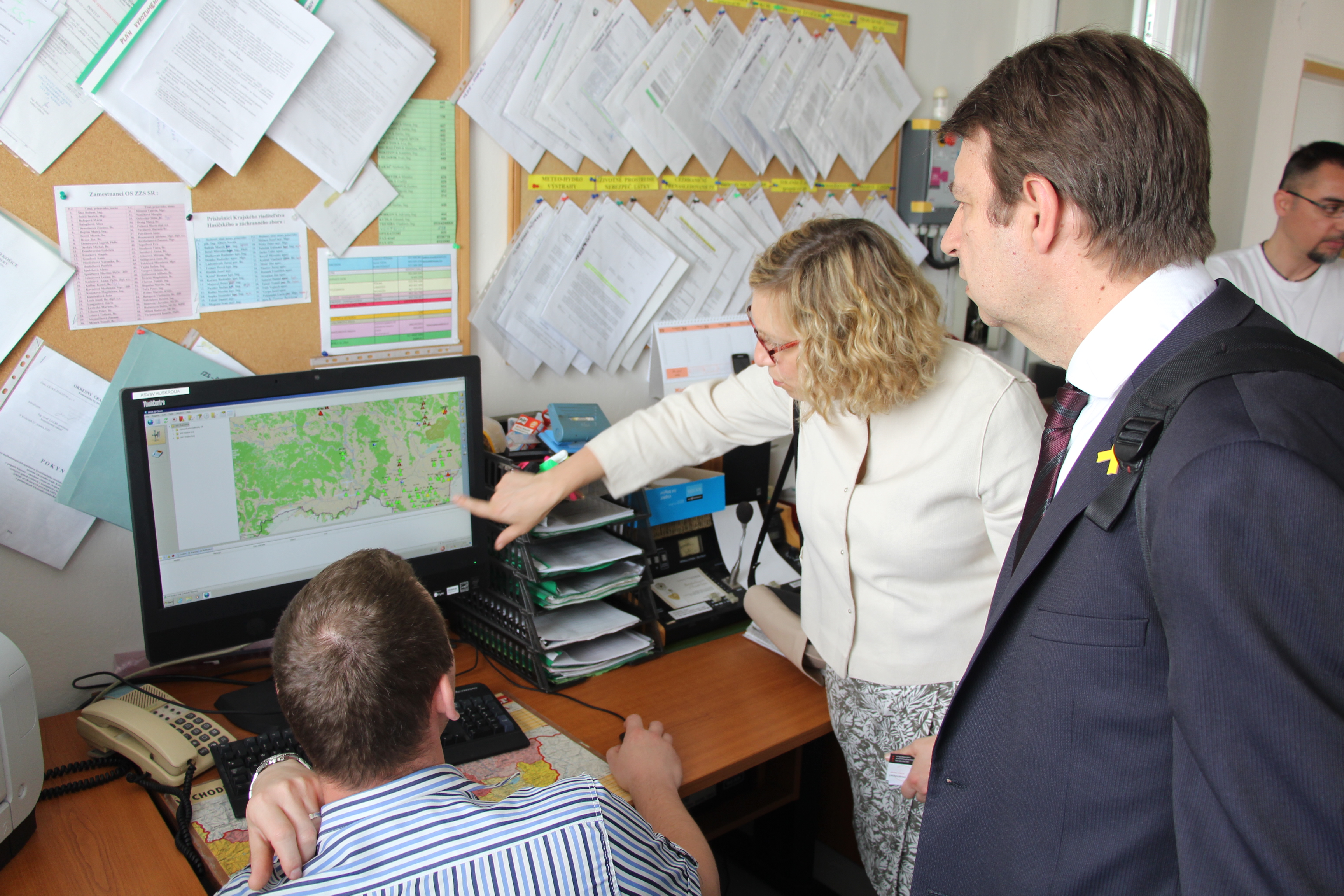 On 24 April 2018, the Regional Operational and Crisis Centre of the Ministry of Interior of Slovak Republic seated in Košice, Slovakia was visited by Estelle Carrelet de Loisy, Programme Manager from the Directorate-General for Neighbourhood and Enlargement Negotiations (DG NEAR) of the European Commission. The Centre got EU funding within two projects implemented during three years (2013-2016) in frame of the Hungary-Slovakia-Romania-Ukraine ENPI CBC Programme 2007-2013.

The Ministry of Interior of the Slovak Republic in Bratislava, Slovakia and the Zakarpattia Oblast State Administration in Uzhhorod, Ukraine with support of local NGO successfully implemented two cross-border cooperation projects (Early Warning System and Early Warning System II) with a total value of EUR 3,7 mil. The EU funding incresed the joint efforts and common operational capacity of the Slovak and Ukrainian sides to monitor and implement crisis situations and in this way increased the efficiency to protect human lives in case of natural catastrophies in cross-border region.

Accompanied by representatives of the Joint Technical Secretariat of the Programme, Mrs. Carrelet de Loisy got acquainted by the employees of the Regional Operational and Crisis Centre with the operation of the early warning system and the equipment based in villages located near the rivers in eastern Slovakia in the border region with Ukraine, procured within the EU projects.

The delegation was shown how the operation of the devices looks like, what kind of information the Centre is dealing with and what is the procedure in case floodings are to be expected. The cross-border early warning system in Ukraine is being operated and maintained by the project partner, Zakarpattia Oblast State Administration.