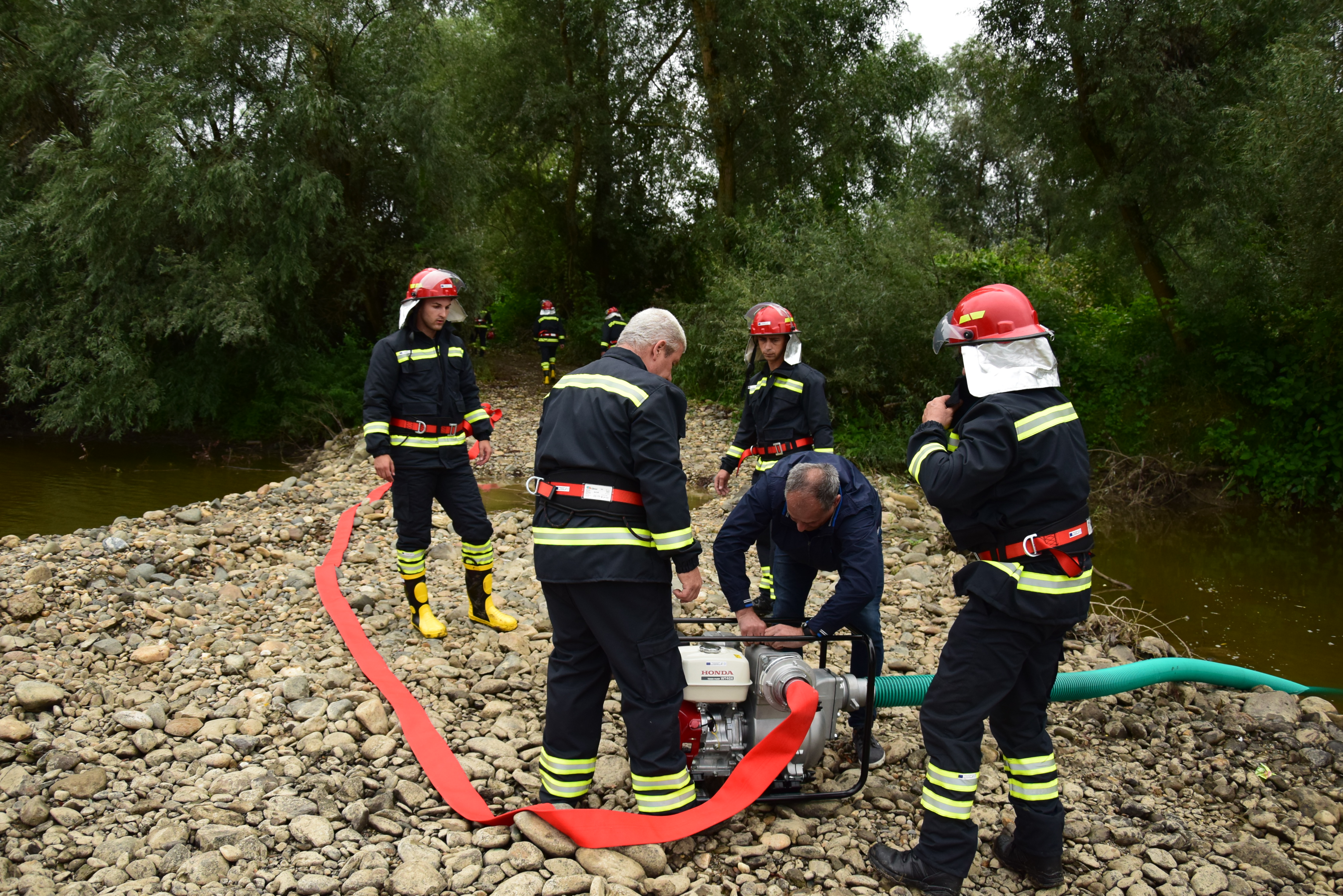 The Town of Seini, partner in the project "CODE VDIC - Common Development of Volunteer Disaster Intervention Capability", conducted a local training for volunteers of the Volunteer Service for Emergency Situations Seini, training that was organized in two stages: theoretical and practical.

The main objectives of the CODE VDIC project are the creation of new voluntary capacities, the development of common procedures, the coordination of emergency intervention resources in the Carpathian Euroregion, through a quadrilateral cross-border cooperation. On June 25, 2021, at the RO-UA Center in Seini City, the Theoretical Training took place, during which 20 volunteers of SVSU Seini received valuable information in the field of cross-border intervention and international humanitarian assistance. Guidelines for protection and intervention in case of fires and floods were also presented, explaining the essential steps to be taken in both cases, both by the affected persons and by the voluntary intervention forces.

In addition to the Theoretical Training, the City of Seini organized a Practical Training, on August 6, 2021. Twenty volunteers from Seini were joined by 6 other volunteers from UBB Cluj-Napoca - partner organization in the project. The day began with a practical presentation of the operating techniques of the equipment purchased by both partners with the support of the European Union, while also presenting the occupational safety and health measures during their use. Volunteer firefighters from Seini had their practical skills tested as well, based on established national standards. The highlight of the training were the fire and flood simulations. Volunteers from Cluj used the acquireddrone to identify the affected area and send their location to the intervention crews. The equipment purchased by SVSU Seini (chainsaws, motor pumps, generator, hoses, protective uniforms, etc) was used to extinguish the simulated fire and to pump water from flooded basins. The event was a success, and the motivation of the volunteers increased significantly, as a result of using state-of-the-art technologies and re-bonding after a period during which big gatherings were difficult to organize.

The training materials of the local training and additional information about the project are available here:
•    http://codevdic.polgvedsujhely.hu/
•    https://www.facebook.com/codevdic/