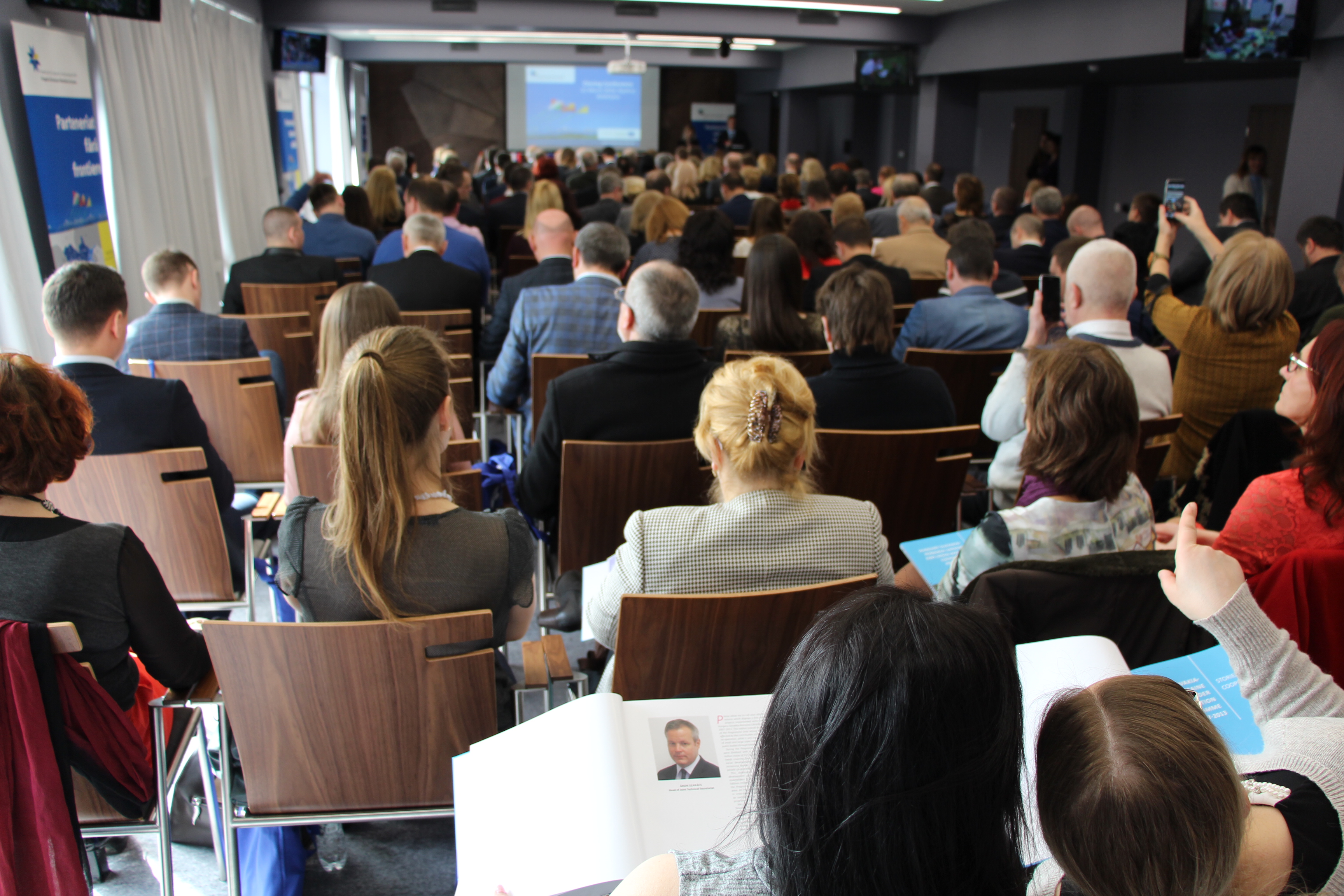 Over 170 representatives of grant beneficiary organisations, national and regional authorities of Hungary, Slovakia, Romania and Ukraine, as well as other Programme stakeholders met on 21 March, 2019 in Nyzhnje Solotvyno, Ukraine at the Closing Conference of the Hungary-Slovakia-Romania-Ukraine ENPI CBC Programme 2007-2013. The participants had the chance to sum up the main achievements of 2007-2013 programming period and discuss the results and impact of the Programme on 10 border regions of the Programme area.

The event was opened by Hennadiy Moskal, Head of Zakarpattia Regional State Administration, Péter Kiss-Parciu, Deputy State Secretary for Regional and Cross-Border Economic Cooperation of the Ministry of Foreign Affairs and Trade of Hungary, and Áron Szakács, Head of the Joint Technical Secretariat. The speakers stressed the importance of CBC as a tool for cooperation between border regions of four countries.

Success stories of grant beneficiaries were presented by Adam Regec from the Ministry of Interior of the Slovak Republic, Maryna Skal from the Tisza River Basin Water Resources Directorate, Mihaela Lite from the Maramureş County Council, and Henrik Hegyi Dénes from the Upper Szabolcs Hospital.